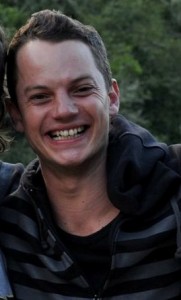 The great question we all ask ourselves at some point is:  “Why am I here?  What is my life’s purpose?”.  I know that question well.  In August 2010 – I spent a lot of time trying to figure out the answer …

It has been 10 years since I was diagnosed as HIV positive.  A decade during which I had tried to understand what that meant, trying to fight going on ARVs, scared to make a lifetime’s commitment to the medication.  10 long years of drugs use and abuse.  A whole decade spent hanging out with my good friend “denial”.  And  there I was, August 2010, with a CD4 count of 29, 18 kgs lost (now I know why they call this disease “Slim”).  I was so sick, I thought I was going to die.  I couldn’t walk from the bedroom to the kitchen without wanting to pass out from exhaustion. I was lucky – my best friend’s mother took me in, and for three months she nursed me back to health.