You are here: Home › Who We Are 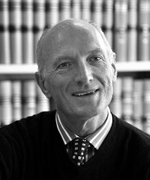 Edwin Cameron-Positive Heroes Patron
Justice of the Constitutional Court of South Africa and an avowed Human Rights Activist, Edwin Cameron was the first senior South African official to state publicly that he was living with HIV.  Inspired to act by the stoning and stabbing to death of Gugu Dlamini after she had admitted on a Zulu language radio that she was HIV positive.  Nelson Mandela dubbed him: “One of South Africa’s new Heroes”.  Justice Cameron is the author of “Witness to Aids” a moving memoir of his own survival in an epidemic that has cost millions of lives.

“Positive Heroes streams out messages of hope. I applaud their vision and their work in communicating a sustained, large-scale, anti-stigma and normalisation message for HIV throughout South Africa and our continent. I urge you to support this campaign of Hope for us all – in an era of effective treatment, it is time we all see and accept HIV not as a death sentence, but as simply another chronic, manageable disease.” 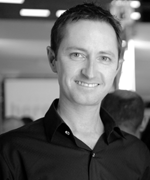 Dr Reon van Dyk-Board Chair and Chief Executive Officer
Reon van Dyk entered private specialist medical practice at the Christiaan Barnard Memorial Hospital, Cape Town in 2002. He developed a passion for HIV medicine and found the successes of mother-to-child transmission prevention to be one of the most rewarding parts of his work. The Positive Heroes co-founder says “It still excites me to see the shine in the eyes of new patients when I tell them about the growing number of my patients that have been living with HIV for close to 25 years.  The chances are good that they will attend their grandchildren’s weddings one day!” 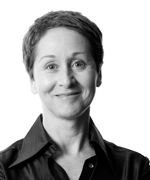 Sue Wildish-Programme Director
Sue Wildish spent 20 years spent working in the Music Business in the UK and US. Her experience at both operational and executive levels in large, multinational organisations has enabled Sue to amass a wealth of insight and first-hand knowledge of strategic business management, leadership and people development. On her return to South Africa in 2006, Sue retrained as a Counsellor and Facilitator and at the South African College of Applied Psychology. As Programme Director for Positive Heroes, she runs the day-to-day operations of the organisation – applying her experience in publicity, promotions, finance, research and marketing to planning and implementing the charity’s initiatives and spear-heading fundraising activities. 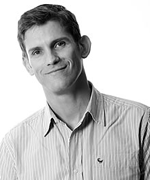 Gavin Reid-Director
Co-founder of Positive Heroes, Gavin is passionate about HIV and solution-focused approaches to social entrepreneurship, development and life.  In his work with the Global Network of People Living with HIV (GNP+), Gavin provides technical support to national networks of people living with HIV (PLHIV) in eleven countries around the world.  Gavin believes in the ‘learning by doing’ concept and empowering PLHIV to take a central role in HIV prevention, testing, treatment, care and support.  Gavin is an experienced Coach and Counsellor and has lectured the HIV module at the South African College of Applied Psychology since 2008. He has lived in Cape Town, South Africa since 2002. 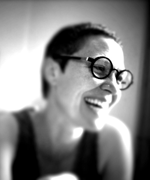 Brooke Auchincloss-Director
Brooke Auchincloss is an internationally renowned photographer working primarily in the advertising and editorial fields and specializing in images of people and spaces.  She has also worked extensively in television and film and has a portfolio of blue chip Clients across the commercial spectrum. Since falling in love with South Africa and moving to Cape Town in 2003, Brooke has turned her talents to working with various Charities.  She is involved in many pro-bono projects including Vuka’s award-winning AIDS awareness short film ‘Beautiful’; several projects with the Starfish Foundation for Rutger Hauer and personal projects in Khayelitsha. 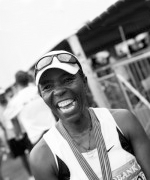 Evelina Tshabalala-Founding Hero
Accomplished marathon runner and mountaineer Evelina Tshabalala isn’t a “give-up” kind of woman. She’s a fighter and a winner. “Even though I’m HIV-positive, I’m stronger than normal people,” she points out. “I do things that most normal people can’t do.”Like summiting the world’s highest mountains including Mount Kilimanjaro and Mount Aconcagua in Argentina, the highest peak on Earth outside of the Himalayas. And like leading the five person Positive Heroes HIV+ Ultra-Marathon team in the Two Oceans Ultra-Marathon (56km) and the Comrades Ultra-Marathon (89km) and Soweto Marathons (42Km) each year. Evelina was the inspiration for Positive Heroes – and has become recognised throughout South Africa as an HIV role model and committed community activist.