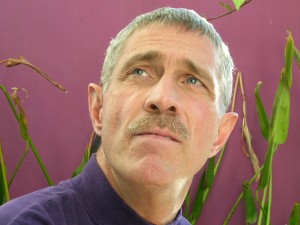 In the mid 1980’s: I applied for homeowner’s insurance for my brand-new home.  The process included having my blood drawn and a general medical to see how healthy I was. I had been feeling poorly for the past couple of weeks  …  my muscles and bones were sore and my rib cage was inflamed … making it hard to move around and breathe.  Pretty soon I wasn’t able to walk.

A month later I was denied the insurance and my body kept getting sicker.  I didn’t know what was going on, but was too afraid to tell anyone how sick really was.  I was the independent type, and thought I could do it all for myself.  I learned the hard way we all need friends and family in our support system. My doctor kept trying to figure out what was wrong with me.  Eventually, as the new HIV test arrived and he tested me.  The results came back positive.  It wasn’t a shock; I had already lost many friends to this strange new strange disease.

I tried alternative treatments and learned to eat healthily.  I took vitamins and avoided processed food.   I also attended HIV support groups facilitated by an incredible woman named Louise Hay.   Who taught me about the social, psychological, and personal impact that HIV was having on me and on so many others.

My health got steadily worse and, by October 1987, I needed a wheelchair. I decided to fulfil a life long dream and go to Amsterdam on what I believed was my last every holiday.  I decided to add a stop on the way and  take part in the Gay Rights March on Washington DC.

Maybe it was the adrenalin, but the spirit and energy of that day got me out of my wheelchair.  As I walked through the first display of the Names Project AIDS Memorial Quilt. As I walked through the exhibition I realised many of the panels made were for friends that I didn’t even know had died.  Little did I realise, as I returned to my wheelchair and the inevitable pain, that this was a pivotal event that would change my life.

After my holiday I met with a doctor who had just finished research on unusual types of arthritis associated with HIV/AIDS.  He prescribed a new medication and within four weeks the inflammation in my joints was gone. I started to get my life back – without the wheelchair.  At the time I thought it was a miracle, but now I see I was beginning reap the benefits of balanced life.  I was taking the lessons I was learning from HIV and applying them to my personal life.

I continue to attend my support groups.  One facilitator kept stressing that many people dealing with HIV/AIDS also had issues about loving and accepting themselves.  This self-stigmatisation is self-destructive and causes imbalances in our bodies.  I also learnt that, despite my Mormon upbringing had taught me: I could have a personal relationship with God, my higher power.   Spirituality didn’t need a special name, or a church or a priest to make it real.

In 1999, founder of the Names Project AIDS Memorial Quilt, Cleve Jones, asked me to come to South Africa for the ‘World Parliament of Religions’ conference on World AIDS Day.  We showed the quilt in the townships, at the Civic Centre, and in Sea Point.  Schools weren’t in session, but the headmasters we approached were interested in what the Quilt represented, and asked us to return during term time.

In September 2000 my friend Brett Anderson and I started a pilot program in Cape Town with the Western Cape Department of Education.   We visited local schools, telling them our personal stories of living with HIV and showing them the quilt that had lifted me from my wheelchair that day so many years ago.  Our visits to schools were a powerful success and the annual School Tour was born. 2012 will be our 13th year and we’ve seen how something that started so small has grown into an important part of so many lives.

I believe that long-term survival is all about balance, knowledge, and empowerment.  I hope my journey and our School Tour will inspire others to care for themselves and help them to confront the challenges that life may bring.

featured, in the news, news