“I LOOKED AT THE MOUNTAIN AND I THOUGHT: I AM NOT GOING TO WALK” SO I TOLD MY HEAD TO RUN.” 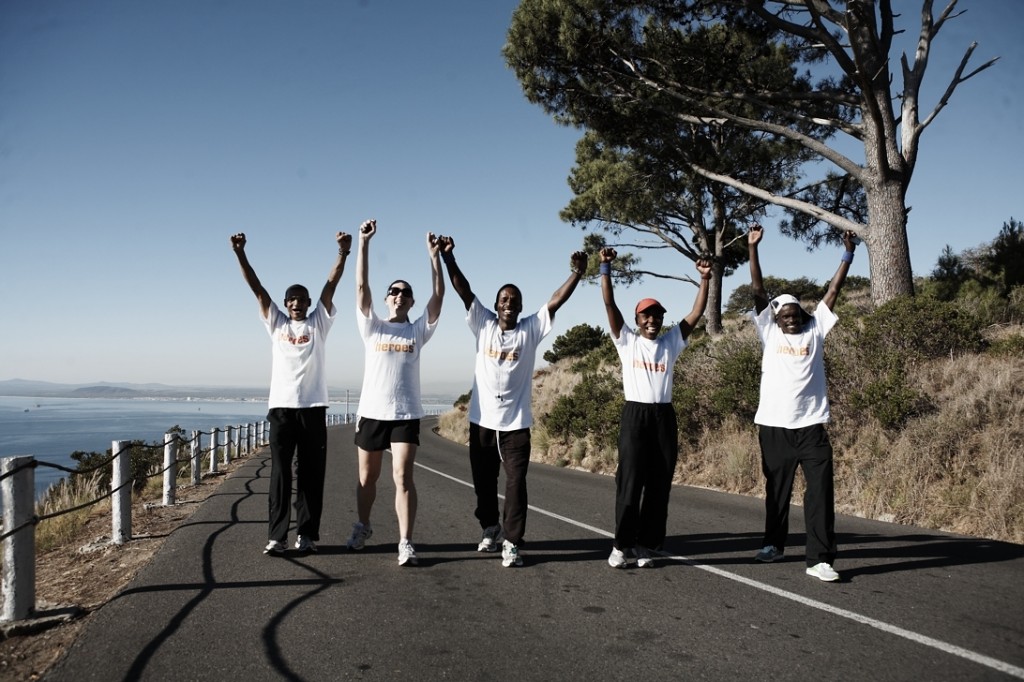 And he did.  Willie Engelbrecht ran the whole way up Constantia mountain – and then all the way back down the other side to complete the 56km Two Oceans Ultra Marathon in 5 hours and 19 minutes.   He was followed by an eversmiling Evelina Tshabalala – cheered into the stadium by her fans,  and a few minutes later by Masibulele Gcabo, earphones in, music playing and as chilled out as ever.

Last in was Kenneth Methula.  Who had almost given me a heart-attack as I had expected him in first.  Seems our man from KZN had spent two hours in a medical tent – with the Doctors instructing him not to run.  “But a little pain is not so big.  And I promised myself and Positive Heroes I would finish.  So here I am.”  And finish he did.

As did our newest Hero and member of the Marathon Team – Barbara Kingsley.  Who refused to head home after finishing her 26km run in just over two hours.  Nope – Barbara and her Aunt Jenny Peers sat at the finish line – cheering Barbara’s team mates in.

What a team:  5 incredible runners, Nike who paced them every step of the way in the form of trainers, shirts, hats, socks, gloves – the works, Southern Suns Hotels who provided a place to rest and recover, and Discovery who helped power the team with a donation.  Justin Badenhorst for the photos who climbs the hills with us – and took the photos.  To you all: Thanks, Nkosi, Dankie and Ngiyabonga ka khulu!

Next up for the team is the Comrades on May 30th and then Soweto on November 1st.  If you live in the neighbourhood – drop us a note – we’ll get you a t-shirt to support the team. If you can help us out with any sponsorship ideas, a rental car or some fun ideas – let us know. 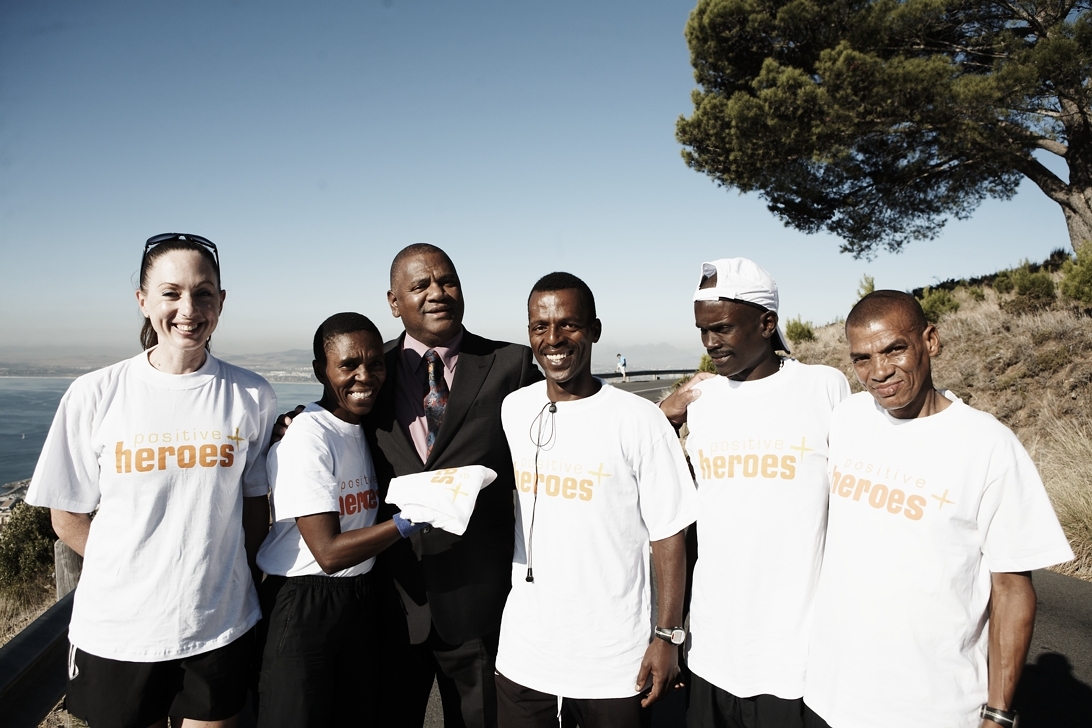