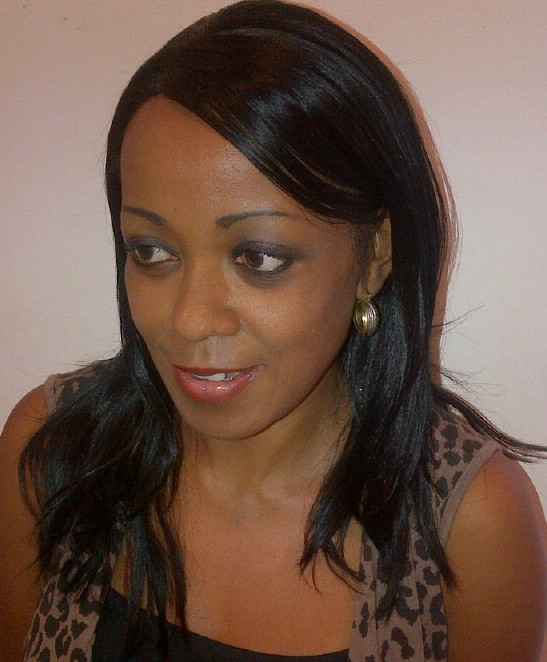 Before I had even finished school, I met a wonderful man. He was everything I had every dreamed of having in my life. He was educated, caring and handsome.

I matriculated and we started to plan our future. Then, in 1994 during my first year of tertiary education, I fell pregnant and after nine healthy months, gave birth to cute baby boy. We were the happiest young parents in the world and then everything went wrong. After a few weeks my baby started to get sick and was eventually admitted in hospital. He ended up spending two weeks there.

Every time I would go in to feed him, I would see the nurses whispering about me. But they never said anything to my face. I couldn’t understand it.  My little boy was not getting any better – but still they discharged him. And they gave me a note to give any doctor that consulted on my baby in the future.

After few days my baby started to get worse and worse. Eventually his aunt decided to take him to private clinic. I took the note with me and gave it to the Doctor while he was busy attending to my son.  He said we must immediately return to where my baby had been treated before – and arranged an ambulance to take us back to the original hospital.

We arrived in casualty and then the first Doctor came out to see us.  I can still remember his name and his voice is in my ears, as if it was yesterday.  He shouted at us: “Why are you bringing this child back here?  He has AIDS and he won’t survive”.

I just stood there frozen, staring at my baby’s aunt. I could see she was shocked too … eventually I asked the Doctor: “How is this possible, How did my baby get AIDS”. And he looked at me and said “He got it from his mother”.

I felt like I was going to faint. My knees got weak. I couldn’t tell if it was from the news that I was going to lose my baby, or that I had AIDS. I wanted to be tested right away – but my boyfriend insisted that we should deal with our son’s sickness first.

I told my family immediately and they were supportive but I kept it from my stepdad. I did not know how he would react.

My baby died the next day. I can’t remember much of that time – and my sister took me to the Doctor because I was so stressed from the loss of my little boy.  When I was there, I asked the Doctor to test me for HIV. “Please,” I said – “I lost my baby”.

It was the longest two weeks of my life – in those days the test wasn’t immediate – the blood had to go to the laboratory. When I got the results I was told I had only three months to live. And my family should start to prepare for my funeral.

I lost interest in life and everything I liked. I became depressed and withdrawn. Nothing mattered. I applied for job at an airline, but when they told me at the interview that an HIV test was compulsory … I didn’t go back for the second interview.

My boyfriend died in 2000. He passed on still apologizing to me because he believed he had
infected me because he was older than me. I was angry at him at first but I had to forgive him because I realized he honestly had not known he was HIV positive. And, I felt I was also a not innocent – I had been raped. And I had been involved sexually before I went out with him.

Life wasn’t easy. I was depressed ..  and at one point I was bedridden. But I kept going. In 2004 I eventually started taking ARVs . And slowly I began see life differently. I got stronger and well. I was able to see a future.

I found myself a job and I have worked myself up in the company until today where I have senior post! I also have another lovely baby boy who is healthy and strong and HIV negative.

2013 is will bring my 20th anniversary of being HIV positive. I am going celebrate my two decades by throwing a big party. I want to thank God, my family and my friends for the love they have shown to me over all this time.

I want to encourage people living with HIV to remember that there is life after the diagnosis. And I want to invite you all to celebrate because with me.  I turned three months to 20 years!  And I am determined to get through another 20 years and I will see my son graduate.  Because I know –  if I did it once – I can do it again.

heroes, in the news, news