Finding out I was HIV positive wasn’t easy.  But, as time has passed, 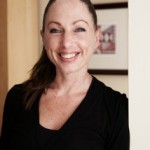 I have slowly come to terms with my HIV-positive status and try to tackle it with a positive attitude.

In mid-2007 I became quite ill. I developed persistent flu-like symptoms, headaches, a nagging cough and sores that wouldn’t heal. My skin felt as if it was crawling, my legs ached, I felt nauseous and lost weight. Then exhaustion hit. It was an indescribable tiredness and no matter how much I slept I never felt rested.

In 2008 I was hospitalised when my CD4 count nosedived to 86 (HIV-negative people have a CD4 count of between 700 and 1,000; a CD4 count of below 200 is considered dangerously low). It was a terrible time. I have a vivid memory of sitting in a wheelchair covered with a blanket and catching a glimpse of myself in the mirror. I looked and felt like a little old lady – I was 39.

I was so ill I could barely walk 200 metres. I hadn’t realised how little I appreciated my health until it was taken away from me. Fortunately I had a fantastic support system. Even though I was struggling to cope at work I didn’t lose my job. On the contrary the company I work for, my colleagues and my boss have been incredibly supportive throughout my illness.

It was a frustrating time because I so desperately wanted to function like a normal human being. Yet I honestly thought I was going to die. I thought I was too far gone. It’s almost as if your body begins to reject everything it requires to sustain life. It was probably the scariest time of my life. I wished not for a bigger house or more money or a fancy car – I wanted to have the strength to go for a simple walk on the beach.

To this day that time has stuck with me and it has been life-changing. I wasn’t really materialistic before but if I ever find myself becoming caught up in the whirlwind of life I stop and take myself back to that time. The best things in life really are priceless.

I began antiretroviral treatment soon after discovering how low my CD4 count was. Within two weeks my energy slowly started coming back. Only when I started feeling better did I realise how sick I actually was. I was so used to feeling unwell that I’d forgotten what healthy felt like.

Another pivotal moment in my life came about when I watched the 2008 Comrades Marathon on TV. I was a few months into my treatment and I was inspired by the determination and mental and physical strength of the runners. It seemed each runner had their own personal battle and suffering en route and each saw it through in their own way. It gave me goosebumps to watch their determination and iron will. I wanted to be like that too. I had all this energy thanks to the medication and I wanted to run so badly.

Then one day I woke up and thought, why not? I bought a pair of running shoes and began running five kilometres in the mornings before work. I felt like Wonder Woman. I couldn’t believe I could run that far even though it was at a snail’s pace. Five quickly became eight then 10 then 15 km. Before long I was running half-marathons and I’ve run 30-km and 36-km events.

Occasionally I’d pick up a cold after a race. I became depressed because I thought long-distance running wasn’t for me because of my HIV-positive status. Then I read about Evelina Tshabalala, an HIV-positive woman who runs marathons and has conquered some of the highest peaks in the world including Mount Kilimanjaro. This was my second major life-changing moment. Evelina’s positive attitude was infectious; she had amazing energy. She has endured so many more hardships than I have and risen above them all. She made me believe I could do anything I set my mind to.

I wanted to be like that; I wanted to come out and be an Evie to someone, to inspire others the way she inspired me. So I became part of Positive Heroes’s Ultra-Marathon Team alongside HIV-positive runners Evelina, Masibulele Gcabo, Kenneth Methula and Willie Engelbrecht. We’re from different backgrounds but share the same illness; the virus knows no social status, financial status, colour or culture. We also share our positive attitudes. They have been brave enough to take a stand by going public. If they can do it I most certainly can.

My first run with the Positive Heroes team was the half marathon at the Two Oceans Marathon in April 2010. Unfortunately I sustained a running injury while training so I wasn’t able to complete the Cape Town or Soweto marathons, but was able to take part in Two Oceans Marathon 2011 a Evie finished her race and came back to fetch me. It was amazing running across that line with her at my side – my first ultra! I recently completed the Two Oceans again.  Andow I have my sights set on the Comrades marathon in 2012.

My goal remains to run marathons and accomplish even greater work as a Positive Hero. It means so much to me to be able to show myself, and others, that I’m able to do this. I’m living proof that HIV isn’t the end of the world. My CD4 count has climbed to 800 since I started taking antiretrovirals. In fact, recovering from my illness opened a whole new world for me. It is because of my illness that I’m running today.

I think I’ve applied some of the lessons learnt through being sick to life in general. I have learnt I’m much stronger than I thought and that when I think I can’t go on and have nothing left, I can. If someone had told me before I became ill that I’d one day run a marathon I’d have laughed. Impossible! I’ve since learnt nothing is impossible.

I love running – it’s my life. Aside from the health benefits the sense of accomplishment crossing that finish line compares to nothing on Earth. We all run our own race, whether we come first or last. We all run across the same line as the guy who comes first. Young or old, black or white, rich or poor – people from all walks of life can come together and run side by side. I acknowledge, appreciate and am grateful every single day for everything that’s good in my life and I try not to take anything for granted. HIV isn’t something to be ashamed or afraid of; through a positive attitude and responsible living we can all be heroes.