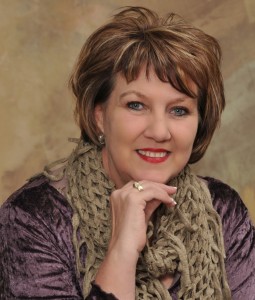 The thought of HIV/AIDS brings with it feelings of fear and images of sickness and isolation. It’s a disease that always belongs to someone else.  Or so I thought, until that life-changing phone call, one cold winter’s morning in July 2000. I was alone at work and the voice on the other end of the line was the ex-wife of a former boyfriend of mine. She was solemn, her question urgent: “Have yourself tested for HIV”

My world was thrown into disarray. I could only listen as she told me that her ex had died of an AIDS related illness, and that she wanted me to know, because she thought I needed to go for the test.

I was distraught and disillusioned: “How could he have done this to me?”  Then I clearly remembered that she had warned me once before, but I had ignored her words because I thought that she was jealous.

After the call, I rushed to my GP requesting him to do a HIV test. The doctor was cold and clinical when he told me my results: “You are HIV positive.”

My head flooded with images of death and destruction – it happened to me and it was real, very real. I cannot describe the rollercoaster of emotions I was experiencing. The idea of me being HIV positive could not be possible.  We were just intimate once.

I disclosed my status to my family and close friends soon after the test results came back.  They were all shocked and my children terrified, as they thought that their mom was going to die soon. Despite the shock everyone was very supportive.

I wish I had gone for counseling. However, I decided to manage the disease in my own way. And in my state of denial I took my refuge to alcohol and drugs.

To understand my reaction – you need to know a bit more about me.  I was no stranger to sadness and pain. I experienced rejection and had low self-esteem that later resulted in depression.

I was brought up by my grandmother: who was liberal and progressive. This was in complete contrast to what was generally accepted in our communities at that time. As a result I was over-assertive at school.

At the age of 16, I started working to help my grandmother who was struggling financially. I fell pregnant with Louis my first born, when I was 18 years old and got married during the second month of my pregnancy. Adri, my second child was very sickly and we spent many hours seeking medical treatment for her.

We moved from one house to another until we settled in Odendaalsrus, Free State. Due to financial constraints we could not maintain the house and it was repossessed. We then moved to Kimberley, Northern Cape, where we experienced marital problems which ultimately led to our divorce.

Living with HIV is a major challenge as it affects both your family and social life and I found it hard to maintain relationships. Eventual plans for a second marriage ended abruptly and coldly as my fiancée walked away.

If I thought the worse was over, I was in for a big surprise. I met Hans, (to whom I am now happily married for the past eight years) and we partied hard: using drugs like Ecstasy and drinking heavily.  But we wanted more and moved on to Tik (Crystal Meth) adding Marijuana to the mix when we needed to feel mild and mellow.  Can you just imagine what all of this did to my immune system?  Up all night, drinking, dancing and drugging.  My rock bottom came when I was asked to leave the Ms. Bloemfontein TM contest because of my drinking.  My habits had ruined my business, my social life, my dreams and my HOPE. I knew something needed to happen, and soon.  I decided to stop drinking and move into a new, positive way of living.

Hans proposed to me – and with the blessing of my children and his family, we decided to get married. Following several negative experiences we change our life to the better.

All this turmoil in my life had me searching for answers and I found them in a renewed relationship with God.  Hans and my children supported me every step of the way – and still do every day.  I slowly began to realize – yes Amanda – you are worth being loved.

Hans always insisted that I should take care of my health.  When I was first diagnosed, my CD4 count was over 500, in the normal range.  But my lifestyle choices had taken their toll, and when I took my first dose of ARVs in March 2012, my CD4 count was 220.   After years of living in denial and fighting with myself, I took control:  a step never regretted.  By September 2012 my CD4 count was back at 506, and my viral load is undetectable.

I have HIV but HIV does not have me!

One of the things that have kept me strong is that my grandma’s love of the Lord has manifested itself in me.  I know Him as a true, just and caring God who loves me unconditionally. My name Amanda means “worthy of love”, and now I believe this to be true.

I want people to know my story and share my new journey.  To know that acceptance means freeing yourself: and we are all on the same path – regardless of culture, creed and religion. I often think of Abraham Lincoln’s words:  Always bear in mind that your own resolution to succeed is more important than any other.

And my resolution is strong. I am writing a book of my life:  God’s Grace – A Masterpiece At Work, in which I reflect on my challenges, pain and tribulations;  but ultimately on the victory that I have found in His HOPE!

To find out more about my journey, come and meet me at: www.myjourneyrevealed.co.za

featured, heroes, in the news, news